Expressly Offenbach: a new look at printing in Offenbach

AusDrücklich Offenbach (explicitly Offenbach)
Offenbach, its history of printing and its impact on tomorrow

Offenbach and Printing? But, isn‘t it Offenbach and Leather? In fact it is both. But while the term Leather is a long traditional seal of approval Print, for Offenbach, is an issue better known to a small group of specialists. And even then, experience tells us that they mostly focus on one particular part of the field.

So, a new story had to be told, not in terms of basically unknown facts, but new in as much as the link between those various parts heve never been put together to make a profil of ‘Printing in Offenbach’. And that is what this new book intends to push forward.

Previous volumes of the Offenbacher Studien have highlighted singular aspects of printing like the beginnings of lithography in the early at 19th century and the famous Offenbach Haggadah (printed in 1927 by Heinrich Cramer). And this Spring a catalogue was published documenting the new exhibition presenting the Klingspor Type Archive.

With the publipcation of AusDrücklich Offenbach further aspects are integrated into a flow of ‘printed matters’ in Offenbach, for its aim is to link the two chapters of Senefelder/lithography on the one and the typefoundry Klingspor on the other. Chapters which have very rarely presented as complementary means of distributing information because their supporters had quite different approaches and motivations. As a result the role of Offenbach as a ‘place of printing’ hasn’t been very clearly identiified despite the fact that being to close to Mainz and Frankfurt it ought to have been easy to promote its independent and fabulous approach to printing. But over the years Offenbach missed the opportunity to do so.

AusDrücklich Offenbach will hopefully remedy this situation. People and places, intentions and inventions are woven into a single narrative of printing in the town. Included are the historical issues of Hebrew books (18th century), Senefelder and Klingspor, especially it’s in-house printing site with the famous specimen-collection, the twenty so called Rudolfinische Drucke (in the 1920s), delicate books created thanks to the cooperation of artist Rudolf Koch and printer Rudolf Gerstung. In the 1980s it was Unica T who surprised us with new aspects of the printed artist’s book, followed by Anton Würth, an internationally appreciated artist and expert of engraving. Young artists are trained at the Hochschule für Gestaltung where artist-printer Volker Steinbach reinforced the joy that students found in the original techniques of printing. And in addition to that the brand new printing studio run by the two Offenbach museums Haus der Stadtgeschichte and Klingspor Museum (both members of AEPM), firmly supported by the International Senefelder Foundation (ISS), launched a whole variety of printing-possibilities for both young and more experienced persons.

Offenbach also houses one of the big players in the manufacture of printing machines – MAN Roland, nowadays manroland sheetfed. So, the city is a number one place to compare the accomplishments and characteristics of printing on both an artistic and a commercial scale. Art printing in small editions, machinery designed for printing in high output – both are well represented in Offenbach.

Last not least, the aspect of everday printing to bring information to the public. The Offenbach Post—the last chapter of our book—tells the history of a lively newspaper meeting the demands of ‘modern information’.

All in all, as explained and presented in the new book, Offenbach lives and loves Printing, iin many ways and in all its aspects. People, places and publications that highlight new facettes of an ongoing tradition. 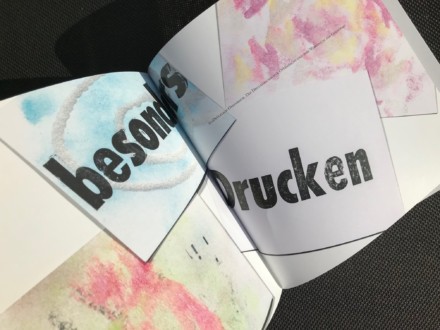 Expressly Offenbach — the title appeals to a perception of the city of Offenbach that aims deeper than its superficial moments, that leaves behind the clichés of the underdog, poverty or disparity. Instead, the focus is on the forces that honour and promote the coming together of the city, especially in the process of its growth.

In this context, the continuous exploration of the cultural strands plays an important role. It brings to light how it was possible in Offenbach to combine manufacturing with cultural, artistic aspirations.

Printing fits into this consideration as an element of weight—because that is what printing presses, litho stones, stacks of paper, typesetting boxes have—and meaning. Printing plays an essential role in the successful dissemination of information. In Offenbach, contributions to this have always been made that are recognised far beyond the city’s borders for their artistic quality and cultural significance. This book aims to illustrate how deeply print has inscribed itself in the events of this city. It brings together the individual segments and the names associated with them in a way that has so far only been perceived in isolated instances to form a thematic unity. Having grown in many different ways over the centuries, this new approach reveals printing as a phenomenon of Offenbach that has come to define the city’s cultural and social history much more holistically and effectively than before.

A cornerstone of the theme in Offenbach is the House of City History, which documents Offenbach’s unique role in the history of lithography with its graphic collection. It contains the lithographic treasures that have come to Offenbach since the 1970s as a result of the intensive activities of the International Senefelder Foundation.

Another cornerstone is the Klingspor Museum of International Book and Type Art, which was recently classified by a connoisseur like Andreas Platthaus as ‘one of the greatest German treasure troves of print art’ (Andreas Platthaus: Hillmann. Ein Zeichner und seine Welten, Berlin 2021).

Printing is an important instrument in various fields. In the history and present of the manufacture of printing presses, the history of religious practice and political-literary commentary, and printing connects the artistic and its relevance in the economic life of the city. Keywords marking this significance and function of printing are: Hebrew prints, Hessischer Landbote, Aloys Senefelder, Hausdruckerei Karl und Wilhelm Klingspor, Rudolfinische Drucke, printing at the Hochschule für Gestaltung (HfG), the global company Manroland Sheetfed and the printing workshop recently newly established by the museums and the Internatiolen Senefelder Stiftung—connections and associations may arise with each individual term, one remembers an exhibition or publication on this or that topic, but bringing them all together is what this book undertakes for the first time. In doing so, it is intended to lay the foundation for further consideration by academia, politics and society – each of which, from their own perspective and with their own possibilities, will contribute to incorporating the potential of the topic of printing into the further profiling of the city.

Offenbach is associated with positions of tolerance (Hebrew prints), commitment to civil rights (Hessischer Landbote), music as an economic factor (Senefelder), and writing as a central information carrier (Klingspor)—printing stands like hardly any other process for the interlocking of society with regard to its activities in business, art, encounter. These are not additive to each other, but prove their importance in being connected.

This volume of the Offenbach publication series thus makes it clear what a weighty contribution the city makes to the history and present of the art of printing. Offenbach is still the location of one of the most important producers of printing presses, and Manroland Sheetfed is an important employer. Printing has its history in this city, but it is also a fundamental part of the economic and cultural life of today’s city.

My thanks go to the initiators of this publication in the museums. In doing so, I expressly appreciate their intention not only to present an account committed to the history of printing per se, but also to oblige those politically responsible today and tomorrow to use the book as an impulse to further strengthen and enliven the subject of printing. It has the potential to further enrich the perception of the city.

My thanks go to the Dr. Marschner Foundation – once again they are making possible an important undertaking in Offenbach’s cultural life. Without them, we would not have been able to start the new printing workshop.

In summary, this book AusDrücklich Offenbach underlines what Johann Wolfgang von Goethe lets the student know and say in Faust: ‘For what you possess in black and white, you can confidently carry home.’

Lord Mayor of the City 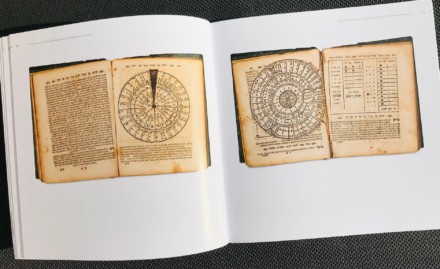