From yesterday to tomorrow. The Mainz Impulse

An Appeal by Annette Ludwig, director of the Gutenberg Museum

The fact that the preservation, research, communication and promotion of basic cultural techniques is based much on the initiative and commitment of institutions, associations and individuals has a long tradition in Germany. The graphic arts industry, which had to cope with an unparalleled structural break in the 1970s and 1980s with the transition from lead type to phototypesetting, is particularly affected by these dependencies. Even though the problem has been lamented in public time and again since then and its irreversible consequences have been clearly noted, it must be stated: Across Europe, there are only a few micro-enterprises left that can apply – with trained skilled workers and meaningful commissions – relevant craft techniques and pass them on authentically.

This dramatic loss of material as well as immaterial knowledge from the lead era also manifests itself in the workshops of the Gutenberg Museum, the cradle of European letterpress printing, which already bears the obligation to preserve a cultural heritage of some 570 years in its name – even if its responsible body, the state capital Mainz, unfortunately still does not officially, but sporadically and on occasion, trade as Gutenberg City to draw attention to the outstanding significance of Johannes Gutenberg and the position of the ‘World Museum of Letterpress Printing’. 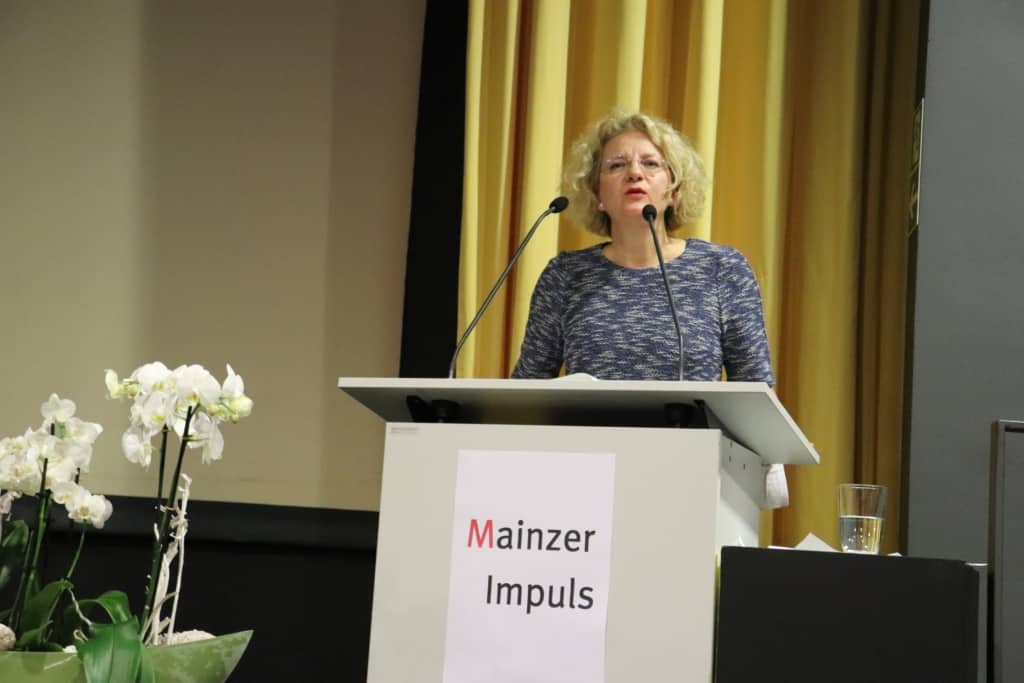 Since it is the very duty of those who bear responsibility to raise awareness of the impending loss of Gutenberg’s “technology” on a broad scale in order to avert it, the Museum Director initiated the Mainz Impulse. As an appeal to safeguard all stages of work – from die cutting and type casting to hand typesetting and press printing, and with a view to (artistic) hand binding and book production – it calls for the continued existence of one of mankind’s most important cultural achievements. In addition to a status report, the Mainz Impulse includes a catalogue of the measures necessary to create a broad alliance for a cause that is of national and – mindful of the achievements undertaken especially in East Asia to safeguard the respective print-historical innovations – of international interest. We live in the digital age in which special print products should be created with yesterday’s methods and adequately rewarded so that they will still exist tomorrow.

The ‘wake-up call’ was adopted by the Lord Mayor, the Head of the Department of Culture and the Museum Director at a press conference on 30th September, 2020 and thus received the (cultural) political backing that is an essential prerequisite for the desired anchoring in federal policy and the call for personnel and financial support. Equally essential, however, is the participation of international experts and all those who feel connected to Johannes Gutenberg’s ‘engineering achievements’ as ambassadors. Due to the pandemic, only six representatives of printing museums, associations and workshops could be invited to Mainz on a representative basis; all signatories are included in a continuous list on the Gutenberg Museum website.

Please also sign the Mainz Impulse, which is available in German, English, French, Italian and Korean at www.gutenberg-museum.de and www.mainzer-impuls.de (an e-mail is sufficient). It aims to create broad awareness from within the Gutenberg Museum and the Gutenberg city of Mainz for the establishment of an analogue ‘Noah’s Ark’, for craftsmanship with an exceedingly long, impressive and fruitful biography, for a singular cultural heritage. Your name stands for safeguarding yesterday for tomorrow!