Museum of Typography (Chania) in Council of Europe cultural route 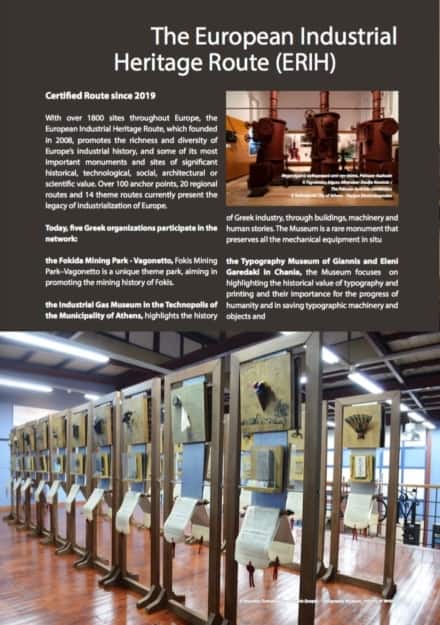 One of these routes, the European Industrial Heritage Route (ERIH) crosses Crete and is represented by the Giannis and Eleni Garedaki Museum of Typography in Chania which hosted the AEPM annual conference in 2017.

The brochure describes all the Greek organizations already participating in certified Council of Europe routes (including the Museum of typography) as well those which are in the process of becoming part of a route.

The brochure is the result of a joint effort by the diplomatic Cabinet of the Deputy Minister of Foreign Afairs of Diaspora Greeks, the Directorate of International Relations and European Union of the Ministry of Culture, the Public Diplomacy Office of the Permanent Mission of Greece to the Council of Europe, and the administrative Regions of Greece.

The brochure is available online on the website of the Greek Presidency of the Council of Europe: