Upheavals – With the camera through Liège 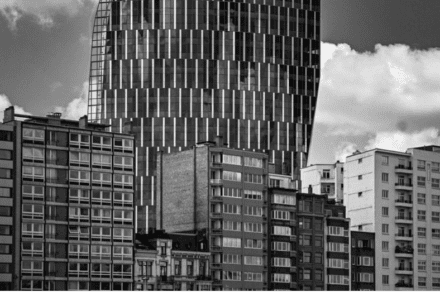 For a long time, the city of Liège had been marked by decline. Structural change and mismanagement had left the Walloon metropolis visibly decaying. In recent years, however, the picture began to change. Liège is undergoing a very dynamic and exciting modernisation process. A symbol of this is the new Liège-Guillemins railway station, designed by the Spanish star architect Santiago Calatrava, which opened in 2009.

Photographer Arnd Gottschalk has approached this process primarily by looking at the city’s architecture. Just as he decodes the station architecture by changing perspectives, he also reveals the layers of the new Liège. All pictures are in black and white, its sharp contrasts providing an exciting view of the city in search of a new future.

On display are more than 30 photos by Arnd Gottschalk, who has had locals show him their favourite places during his numerous excursions through the various parts of the city. The exhibition also offers new insights and perspectives to connoisseurs and lovers of Aachen’s neighbouring Belgian city.