An introduction to the Museum of Printing, Haverhill, Massachusetts

The story of the Museum of printing which was founded in 1978 by a group of New England printers and publishers anxious to save the Boston Globe's hot metal typesetting and letterpress printing equipment. It was 18 years however before it opened its first exhibition in North Andover. In 2016 it was finally able to showcase its superb collections in purpose-built premises in Haverhill, Massachusetts.

From Frank Romano of The Friends of the Museum of Printing

In 1978, the Boston Globe newspaper was disposing of its hot metal typesetting and letterpress printing equipment and moving to a new facility that would use offset lithographic presses and photographic typesetting. A small group of New England printers and publishers asked the Globe owners if some of the equipment could be preserved.

The Taylor family, owners of the Globe, found free space for the group in a 19-century mill building to store the equipment, type, and other material. The Friends of the Museum of Printing was formed to establish an American museum of printing. For 18 years the Museum had no home, and artifacts were scattered among various warehouses and other locations. 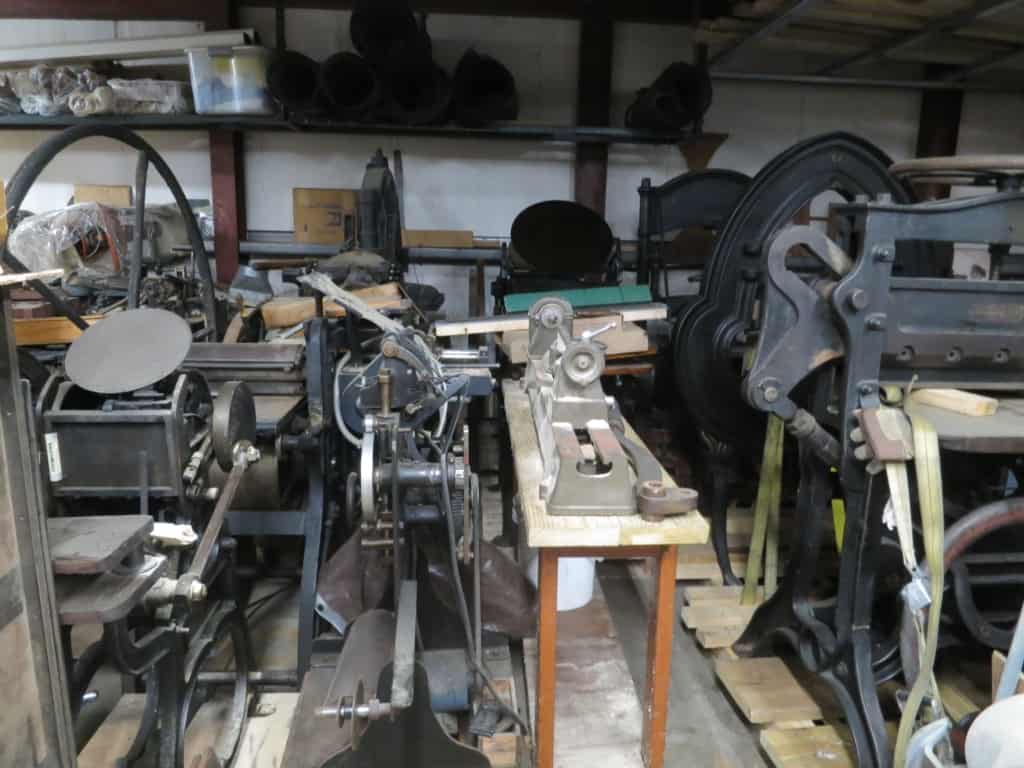 Machines in storage waiting for the Museum to happen.

In 1997, the Museum found a home in the former Textile Museum building in North Andover, Massachusetts, which was rented from a local historic society. Exhibits were established with a working Linotype and various letterpresses and extensive archives of manuals and art. In 1999, the Museum received 3,193 boxes containing all the drawings for the typefaces produced by the Mergenthaler Linotype Company in Brooklyn, NY.

The U.S. national Smithsonian Institution Graphic Arts exhibit closed in December 2003, which exacerbated the need for displays and preservation of the rich history of the graphic arts. 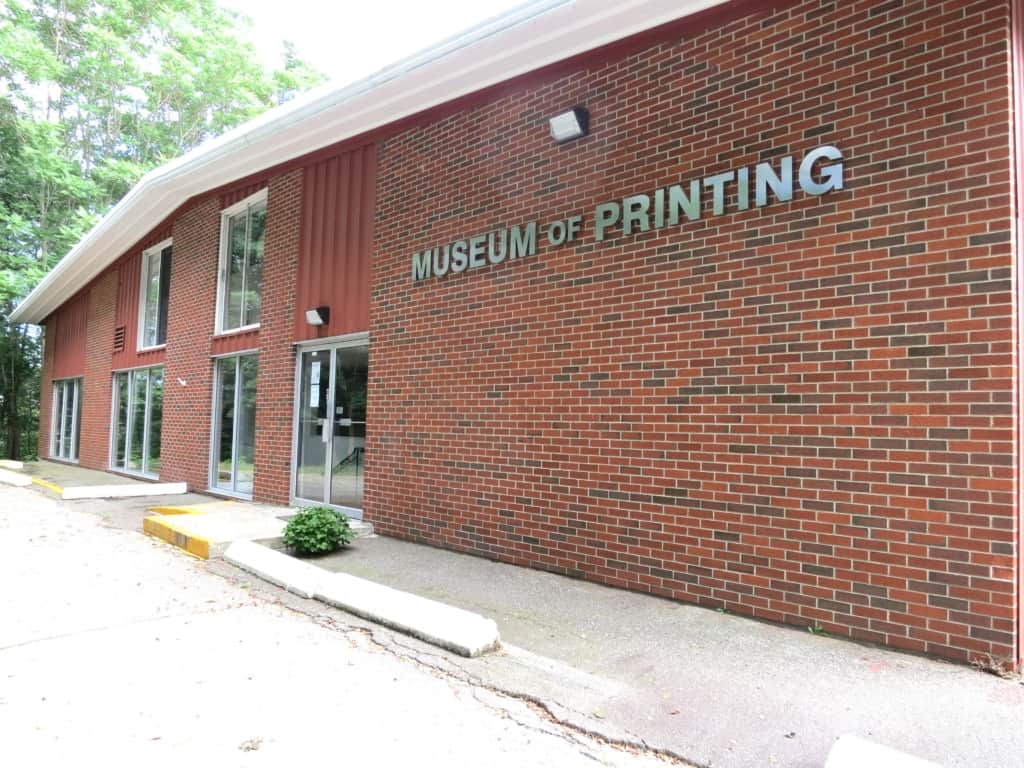 Exterior view of the new purpose-built premises of the Museum of Printing.

In 2016, the Museum moved to a building in Haverhill, Massachusetts that was acquired by RIT Professor Emeritus Frank Romano and donated to the Museum. Fifty-two tons of equipment and material were moved over the course of a year, and the Romano Library of 6,000 books was integrated.

The Museum of Printing is a non-profit, all-volunteer organization. It has never had an endowment and is supported by memberships, donations, and the sale of de-accessioned material. Volunteers re-build presses and other machinery for sale.

The Museum of Printing supports tours and programs for 62 educational and other groups in New England. Researchers come from all over the world to access its extensive collection of typographic art.

The Museum contains the only major collection of phototypesetting equipment in the world, including film, glass, and plastic fonts, and other materials. Virtually every display phototypesetter is on exhibit along with an Intertype Fotosetter, ATF B8, and Monotype Monophoto. A 1960’s Hell color scanner is also on display. 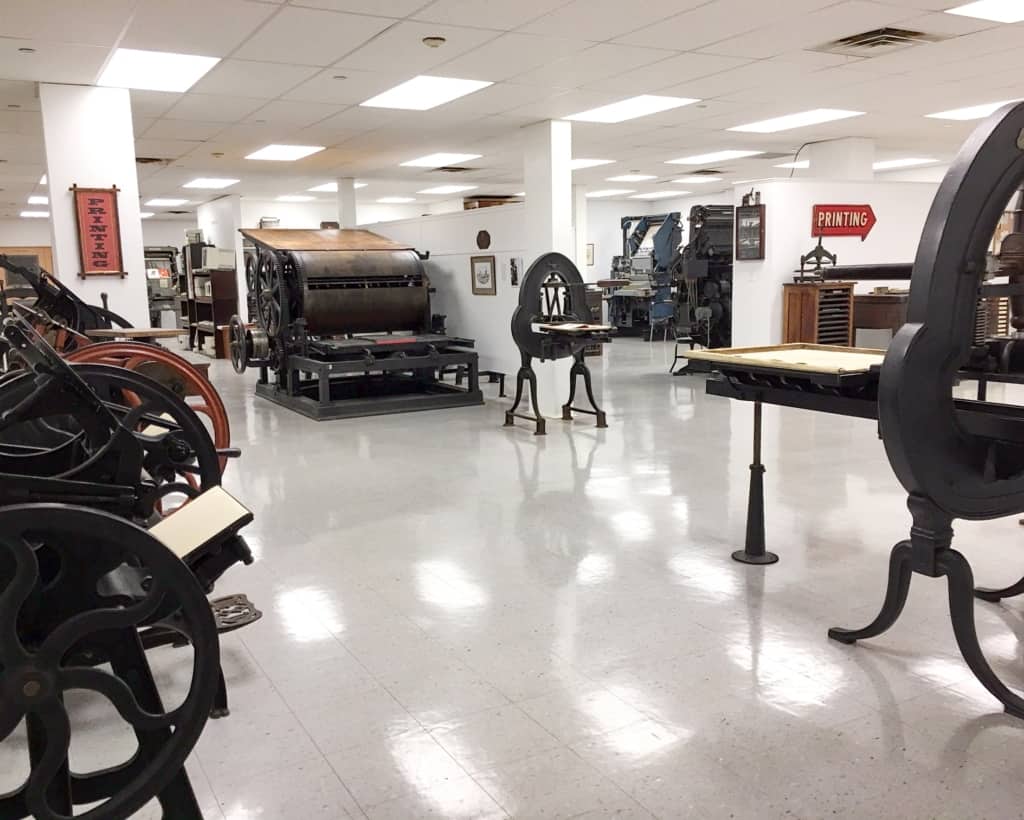 The Museum’s holdings include over 3,000 typographic specimen books and ephemera, a 1493 Nuremberg Chronicle, and colonial newspapers from 1682 to 1820. Letterpress displays include hand presses, platen presses, and a cylinder press. Over 30 typewriters are on display along with many office machines such as Mimeograph, Gestetner, Ditto, and Multigraph.  A computer exhibit includes most models from the early desktop era, including the Apple Lisa and a NeXT cube.

A unique aspect of the displays is the use of artificial reality. Visitors download a free app to their phones. When the phone is pointed at designated signage, the image becomes 3-dimensional and a virtual guide describes what is being viewed.

The Museum also presents workshops for letterpress printing, fabric printing, and other arts, as well as lectures by notable historians and practitioners of printing.

The next generation of printing enthusiasts.