A Flemish book press dating from the late 17th – early 18th century is up for sale at Christie’s auction of Valuable Books and Manuscripts on 13 July. It is Lot 171.

It is described as follows:

Superbly constructed book press in fine condition, reflecting international trade during the Golden Age. It is highly likely that the timbers originate from both the Americas and Far East Asia, which is suggestive of the Low Countries’ trade via the Dutch East India Company in the late 17th / early 18th century. The tradition of ebony inlay in furniture is typical of Dutch and Flemish work at this period. 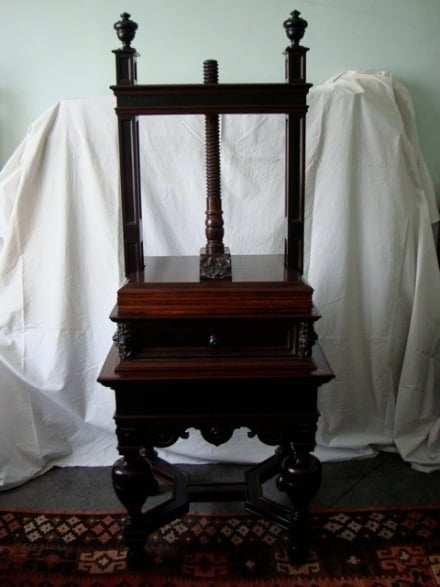 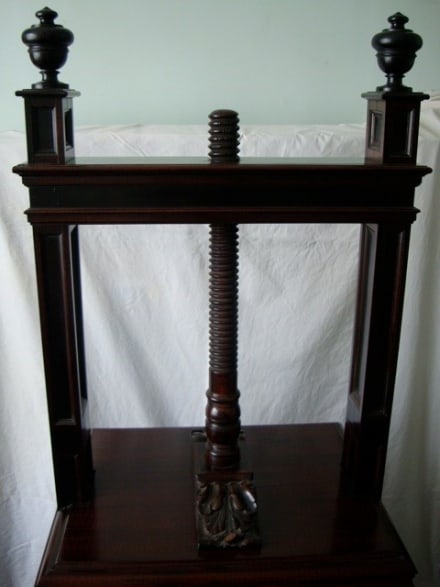 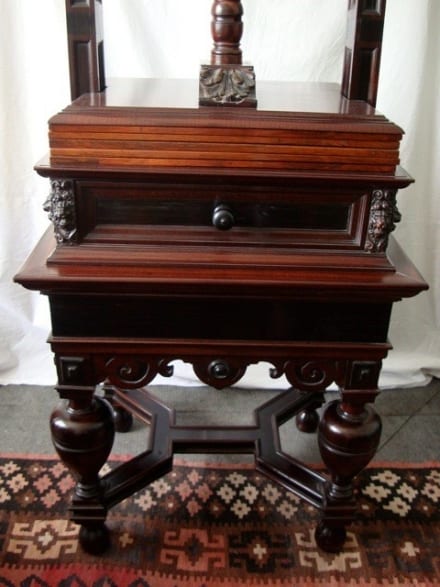