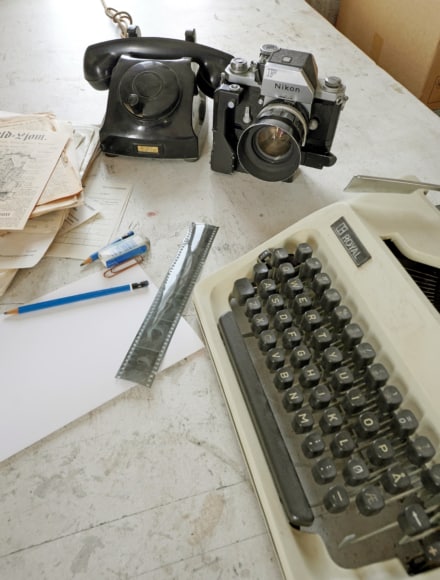 Content making, the old analogue way, with telephone, film-based camera and a manual type writer. All to bee seen and demonstrated in the Press Museum Fjeld-Ljom, Røros, Norway.

The purpose of inventing printing was to more easily distribute information, faith, opinion – in one word: content. We admire and are impressed by printing techniques, the beauty of letters, fonts and pleasant layout. In its way it is really art. But at the very end, the content of a printed work is usually still the most important part of the product.

The Press Museum Fjeld-Ljom, in World Hethat ritage site Røros, Norway, has through its Friend’s Association for some time worked with the goal of being able to present ‘The complete predigital newspaper house’. The plan will now be a reality, thanks to Arts Council of Norway who is providing part funding to re-establish the editorial and administrative offices of the old newspaper house.

Fjeld-Ljom is already unique as the house where newspapers were produced using hot-metal letterpress techniques for many generations, from its origins in 1891. And its machines have continued working since 1986 as a living museum. When the local newspaper turned from Linotype composition and hand setting for the headlines to offset production in 1975, all the old machines were left more or less untouched for a decade. In addition, few changes were made to the rest of the house. Thanks to that, the Friend of the Press Museum will now be able to also recreate the upstairs offices, in partnership with the owner of the house, the local museum, Rørosmuseet.

In this way the museum will be able to show and demonstrate the entire newspaper production line, from the journalists’ articles and photos and the darkroom work in the upper floor, through to that of the printers downstairs, setting the running text and titles, making up the pages and printing them on the 1946 Nebiolo printing press.

From this newspaper house content was delivered, from the newspaper editor to all the subscribers almost uninterrupted from 1891 until 1975. During World War II the paper Fjell-Ljom was forced to stop publishing for two years. Norway was occupied and democracy was suffering, the editor was denied distribution of reliable news and opinions, the very meaning of newspaper publishing.

The Fjeld-Ljom Press Museum is unique in several ways, and as far as we know, no other similar house is to be found preserved any other place in Europe. The house is very much the same as it was throughout more than 80 years of production. The machines and equipment are preserved, and mostly still working, giving the volunteers of the museum ability to produce their yearly edition totally lead-based.

With the editor’s office soon also in working order, we will be able to show our visitors how news and opinions were produced and distributed, long before anyone knew anything about internet, social media and digital distribution. And this will be done in the original environment, the very same house where content was created, printed and distributed. 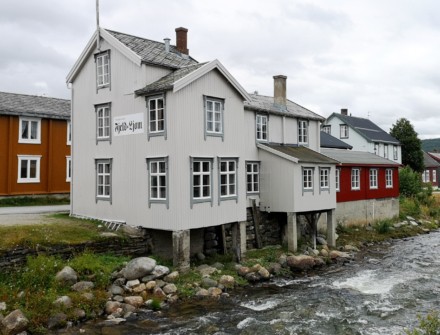 The newspaper/printing museum “Fjeld-Ljom” situated in the centre of the old mining town, Røros, Norway.