Fjeld-Ljom has joined the AEPM

The Fjeld-Ljom Newspaper Museum in Røros, Norway has joined the AEPM 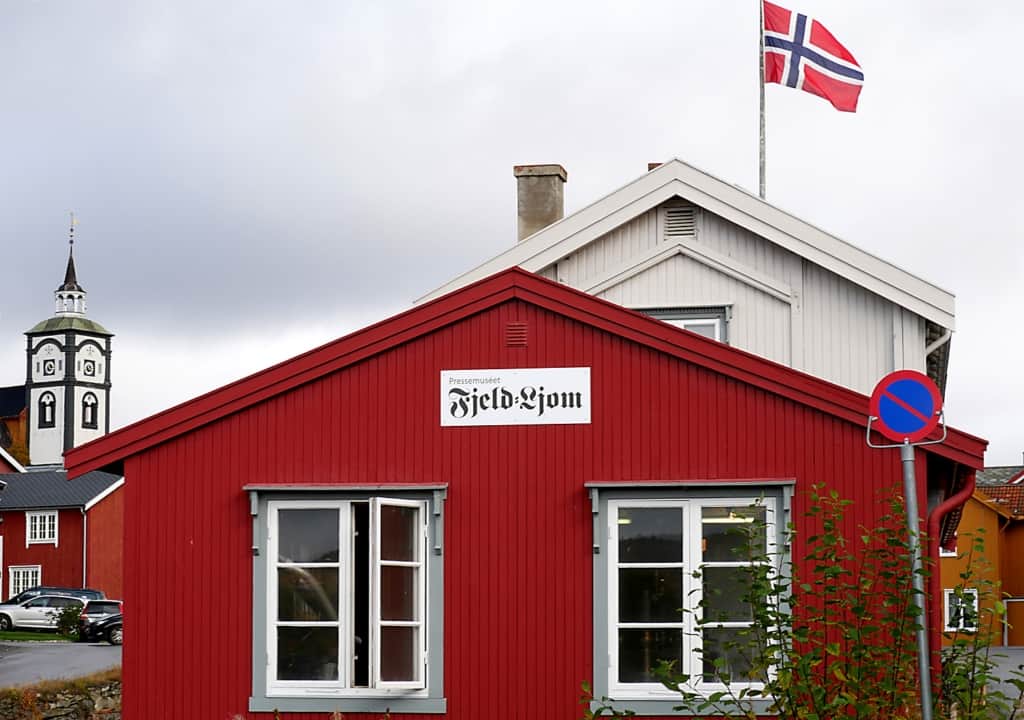 Fjeld-Ljom, the museum and the famous church of Røros

In Røros, a small mining town in central Norway, a complete newspaper building is preserved as a working newspaper museum. The small Fjeld-Ljom newspaper moved out in 1975, and left behind the technical equipment which includes a Nebiolo cylinder press, one Linotype and one Intertype typesetting machine, a Ludlow titlesetter, as well as offices for the editor and journalist and a reception desk for the customers. 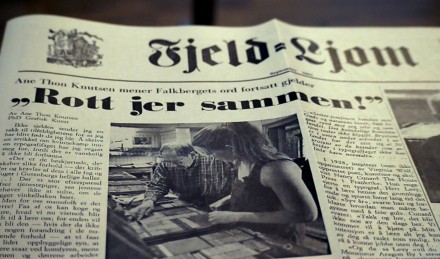 The latest edition of the museum newspaper.

For more than thirty years printing enthusiasts have maintained the building as a museum, and it has been expanded with even more historic printing machines and typesetting machines. The editorial and office departments are also being returned to their original state. The next stage will be a display of cameras and building a darkroom for processing analog film and paper copies, like it was done in the pre-digital time of the 1970s. 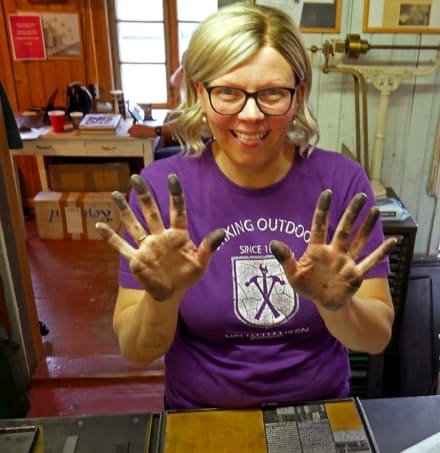 Marit Brandsnes is not afraid of getting ink on her fingers, working with the newspaper pages.

Twice a year around 15 activists from all over Norway meet up in order to look after the machinery and produce the yearly four page newspaper. Over the last few years we have recruited several young artists, designers and teachers, who complement the more experienced graphic workers from different newspapers and printhouses. There is a marked growing interest in old printing techniques.

In mid-September we met up for five days of work. After having solved various problems with the typsetting machines and the printing press, we printed this years edition of Fjeld-Ljom. We also ran an open seminar in Røros with local media, discussing the situation of media in former times and at present. Last, but not least, the annual meeting of the ‘Friends of the Fjeld-Ljom Newspaper Museum’ decided to join the AEPM. We hope that this will contribute to the further development of the museum. 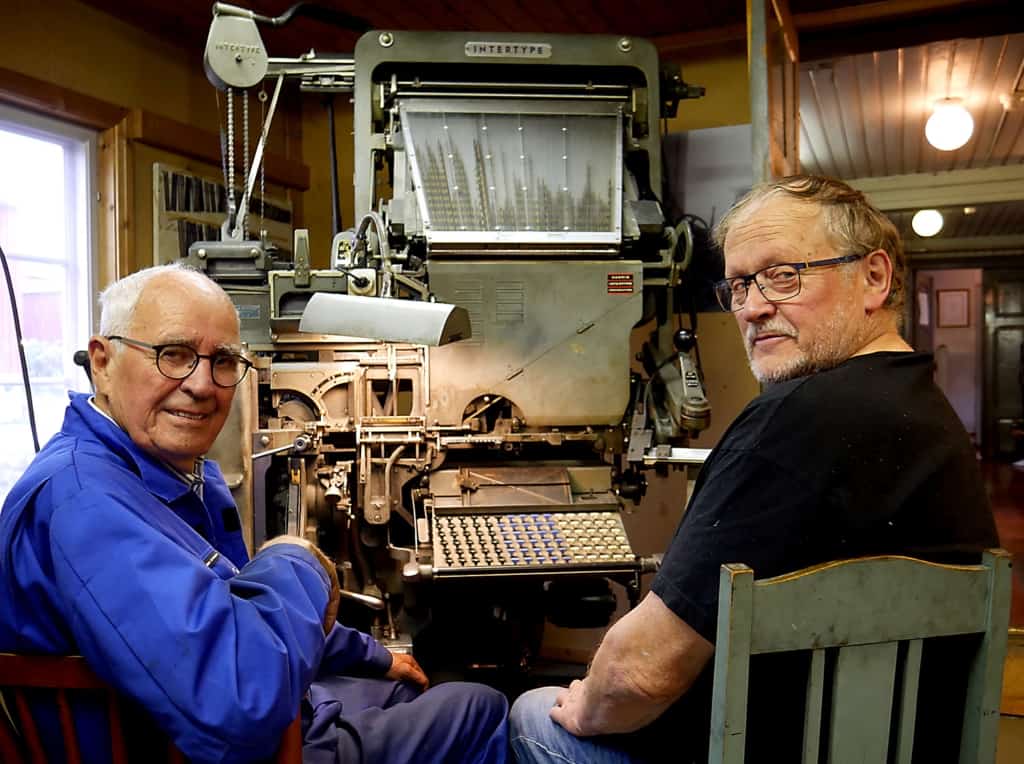 Carl P Løken (left) and Ragnar Løkken in front of one of the typesetting machines in Pressemuseet Fjeld-Ljom.