TYPA, the Estonian Print and Paper Museum ten years on

Seeking innovation in a printing museum. TYPA seeks new ways to explore the boundaries of  print.

This month TYPA was gearing up to hold its tenth birthday event, to celebrate the coming-of-age of this small but colourful institution dedicated to paper and print. Born out of the alternative arts space of the Polymer Cultural House, in Tallinn, TYPA has since seen four arduous relocations, a name change, and many staff members and volunteers who have all left their mark. It has now fully formed into a functioning museum, artist residency, working publishing house, bindery, papermakers and more. The centre runs on the ethos that print is only relevant when put into practice and seeks ways in print’s heritage can be explored through making and doing. Our unique museum tours mean every visitor is guided on a personalised exploration through our collection and can get involved in making their own paper and operating our Gutenberg style printing press.

Known previously as the Estonian Print and Paper Museum, it is a working museum and the only one dedicated to paper and print in the Baltic region. TYPA maintains an impressive collection of printing equipment which is not only kept on display but put into production on a daily basis. Such as their N-14, a soviet version of the Linotype which is one of their most impressive machines and has recently been employed to cast their publication of Antoine de Saint-Exupéry’s The Little Prince. Most of the machines in the museum come from Estonia. Either from the Greif printing house in Tartu, Ühiselu in Tallinn or from Riigi Teataja Kirjastus. For many of them documentation is missing, as is the usual case, many companies closed hastily. Most of the machines were manufactured in Germany, in Leipzig, such as our Victoria Cylinder Press (the largest in our collection) and the AHZ Prepress Camera, both of which came from the VEB Reprografiks Company. The oldest press we have is the Dingler Press, made in Germany between 1840 – 1850 at the Dingler Machinery Factory in Zweibrücken. 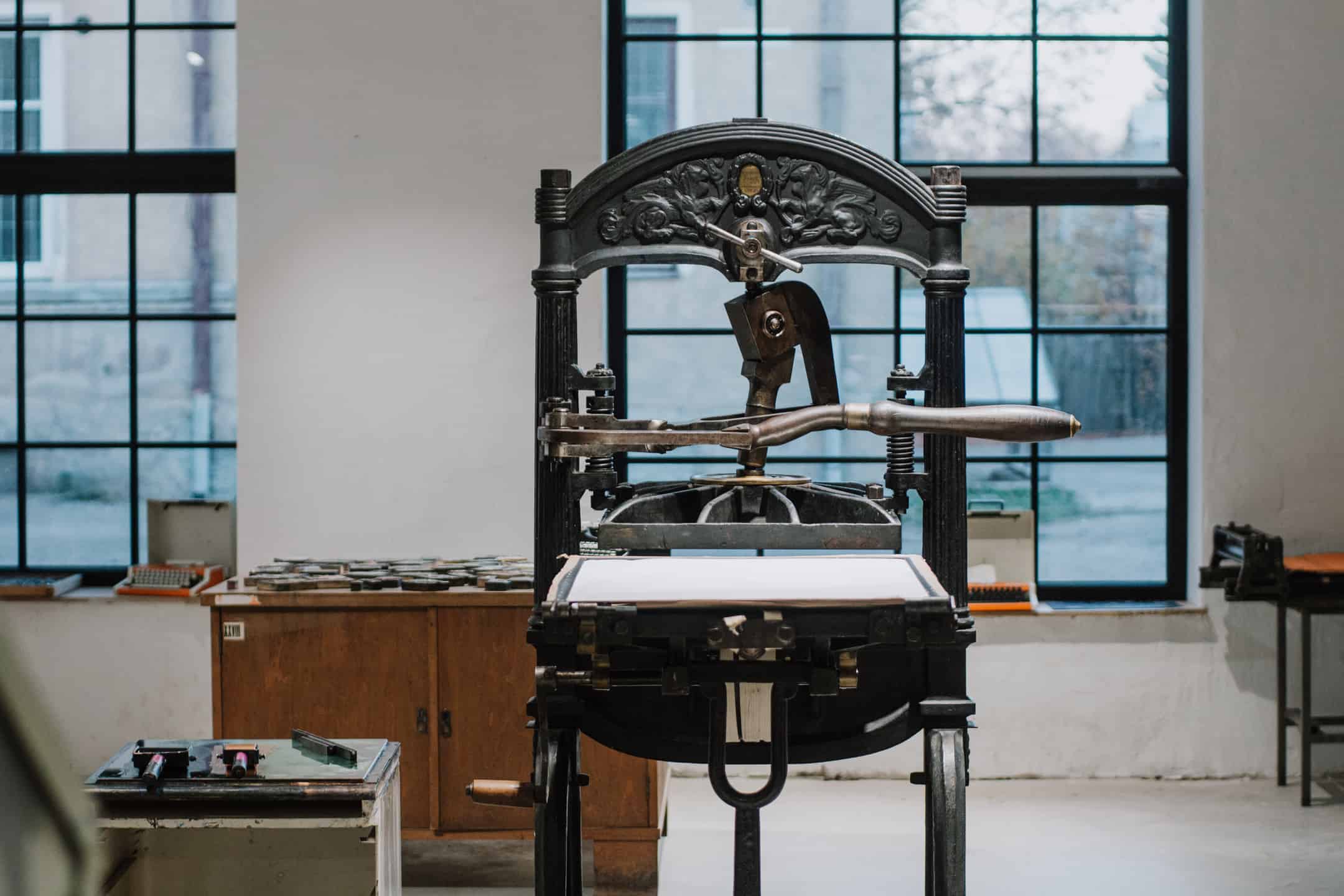 The success of TYPA is built on its workforce, those who are crazy, determined and eccentric (as my mum so kindly puts it) enough to keep a dead trade alive. At 2 am it is not unusual to find Lemmit, managing director and founder of the print department, working on some hairbrained scheme to keep the museum above water; or Pauline, the darkhorse of bookbinding, meticulously gluing and cutting and sewing the final thousandth order. The man behind the curtain is Jörgen, a technical whizz, raised in a printing-house, who has dismantled and ‘remantled’ every press in our collection. At the front-end of design is Mana, leading the creative direction. The director of the paper art studio, Anne, recently returned from a global trip, exploring the craft of papermaking in remote villages in Mexico, Cambodia, Nepal and Egypt – to name a few. Masha, the longest-running tour guide speaks five or six languages, rebelled from Moscow and moved to Estonia. Behind the voice of Gutenberg is Mirjam, she is head of communications and keeps everything ticking over.

TYPA adopted its new name to reflect its wider activities, such as the artist’s printmaking studio, Studio Tartuensis – a contemporary bindery, its darkroom and prepress camera and its gallery space. It strives to ensure that every piece of lead type is made accessible to artists, printmakers, bookmakers, students and researchers alike. I came here myself two years ago as an artist in residence, on a dark, Estonian winter, a blizzard raging, arriving as the studio was changing location for the fourth time. The first thing I witnessed was their giant, eight-and-a-half tonne cylinder press, Victoria, suspended mid-air from a crane as it was hoisted through thick falling snow.

In this coming year the museum aims to reach out to artists, print practitioners and other institutions to create meaningful collaborations. Exploring the boundaries of print and seeking new multi-disciplinary approaches while maintaining its educational outputs. In 2024, Tartu will become a European cultural capital and TYPA hopes to be involved in the dynamic future of this city.

Check out TYPA’s album in the AEPM’s picture gallery of printing museums.