Change in board Dutch Museum of Lithography (Nederlands Steendrukmuseum) 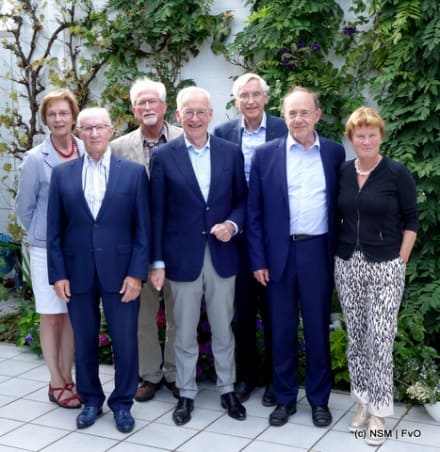 The Nederlands Steendrukmuseum looks ahead and that includes rejuvenation and diversity of the board. The museum, after a period of preparation, can proudly introduce four new board members:

Ron de Bruijn will replace the current interim chairman Peter-Louis Vrijdag starting Thursday, August 18th and will fulfill the role of chairman of the Nederlands Steendrukmuseum. He has now been largely incorporated into this new challenge. The board is fully up to strength with these appointments. In addition to the above new board members have already Mr Joop van Meel (treasurer) and Mr. Henk Gerris ( board secretary) on board. Meanwhile the daily management of the museum is in the hands of director Frank van Oortmerssen. The resigning chairman / museum founder Peter-Louis Vrijdag will remain closely connected to the museum as a curator and will give attention to the development and further upgrading of the collection and its permanent exhibition. He has also been offered a place on the Advisory Council by the new board, which he accepted with pleasure.