It is always a delight to get publications in the mail, especially when these are on the subject of printing history. The Druckwerstatt Mosbach (Ger., Printing Workshop Mosbach) is a small but very well set up and active printing museum in the small country town of Mosbach on the river Neckar east of Heidelberg. A nice drive through the rolling hillsides or a pleasant train journey if you are staying in Heidelberg and are doing a day trip.

In the mail came not one but two copies of the following book. It doesn’t get much better than this. 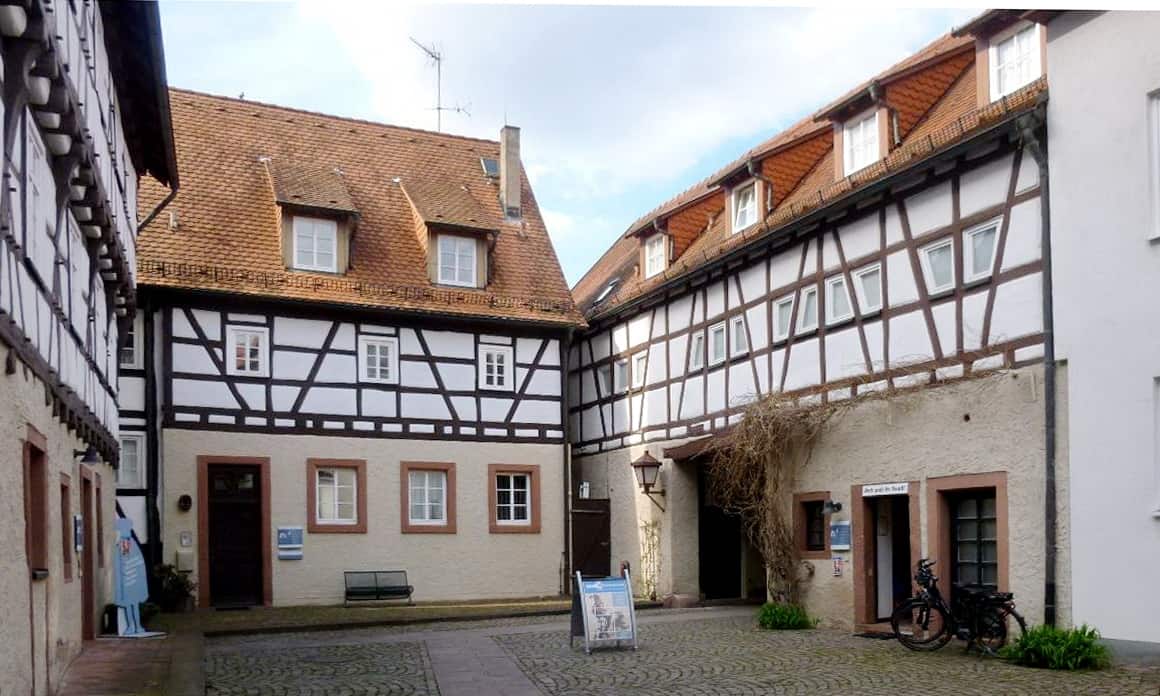 I had visited the Mosbach printing museum late last year (article here) and met the collector and founder of the museum, Karl Kretschmer. The introduction to the book begins with the comment that ‘collectors go about their hobby with great passion. If they then understand how to arrange their items in an historical context and find similarly minded people in order to make their collection available to the public, great things can be achieved’ (the translations from the German are mine). And this is certainly true of the Mosbach printing museum. Though small, it is very professionally organized. It is also a very active museum and the book records many of these aspects.

The museum is one of letterpress with machinery from the late nineteenth century onwards. Pride of place would have to be the large 1890 Johannisberg printing press featuring a planetary drive. The museum sees its aim as being to ‘transmit history, initiate creativity’. The presses are active and have been used to print posters for many special events such as the recent poster exchange by German printing museums to celebrate the inclusion of the printing arts in the register of immaterial culture by the German Commission of UNESCO as well as the poster for the exhibition Around Us, Paper (2006). They also produced a large letterpress printed newspaper and, of course, there is regular printing by children and school groups. And even their constitution is set in metal and letterpress printed. Pages 21-27 of the book provide an illustrated account of the museum’s displays as well as short histories of the companies from which this material has been sourced.

Printing is demonstrated not only in the museum but its activities are promoted elsewhere as well. Such as the tent display of printing in Gutenberg’s time which they set up for the fair in Sinsheim called Sinn und Form (2014). The museum has also been involved with the local Buchmachermarkt (Ger., Book Makers Market) where small and private printers and publishers can display their productions. Such fairs seem to be a commonplace in Germany. The museum also hosted the 2015 meeting of the Internationaler Arbeitskreis Druck- und Mediengeschichte (Ger., International Working Group for Print and Media History).

Especially interesting is that they also organize outings to other museums and places of interest—sometimes over several days. Outings have been to the Mannheim museum of science and technology, the Darmstadt printing museum and type foundry, the Homburg paper mill, the Typorama museum in Bischofszell in Switzerland, the Stiftsbibliothek in St Gallen with its printing historical collections, the world famous Gmund papermill as well as the Plantin-Moretus Museum in Belgium. ‘Excursions are an important part of the life of the printing museum’ (p. 43).

The book itself is, of course, not letterpress printed but offset. Too big a job as well as the many colour illustrations. It reproduces a great many pictures of the museum including the installation of the presses and machinery. There are a number of advertisements for printers —no doubt sponsors of the book— with a humorous twist. For opposite a very traditional view of a ca. 1900 printery an advertisement for a modern printery which calls itself an ecoprintery: 100% renewable energy used and savings of a hundred thousand litres annually in its production of printing plates. Further along, a remarkable full-page illustration of a hessian bag printing press—hand operated by two men and on a large table out in the open—opposite which is the advertisement of the Laub printing and binding company with illustration of their modern printery featuring an enormous Rapida 106 press.

Our printing museums may be mostly letterpress but printing history also is an ever-changing story.

With thanks to the Druckwerkstatt Mosbach and especially to Karl Kretschmer for the donation of the Mosbach printing museum’s jubilee history. There is a lot that we here could learn from the activities of this relatively small Germany printing museum.