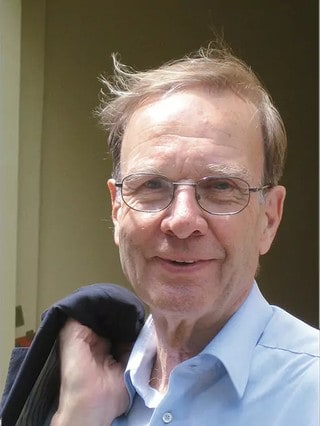 The death of Eckehart SchumacherGebler on 17 December 2022 (born 1934) has affected all of his friends in the fields typography and printing. Few people were so closely involved in actively safeguarding historical type culture. Who else could have managed with such professionalism the continued use of old typefaces in the present day.

Eckehart SchumacherGebler was born into a family of printers in Munich. He trained as a printer and typesetter (Schweizerdegen) and studied at the Munich College of Graphic Arts. At the beginning of the 1960s he took over his parents’ print shop.

After German reunification in 1989/1990, SchumacherGebler bought the Offizin Haag-Drugulin printing company, founded in Leipzig in 1829 and later nationalised in the GDR as part of the VEB Druckerei Anderson Nexö, which was due to be sold by the Treuhand to a mail order company. SchumacherGebler took great care of the very extensive stocks of this traditional printing company as well as of types from other GDR businesses including VEB Typoart. In 1994, SchumacherGebler founded the Leipzig Museum of Printing Art (Museum für Druckkunst Leipzig) on the former site of a print workshop in Leipzig’s Nonnenstraße. He also established the Leipzig Typotage (Leipzig Type Day). In 1997, he received the Antiquaria Prize for his work and in 2022 was awarded the prestigious Gutenberg Prize by the International Gutenberg Society in Mainz. Since 2013, he has brought his unique experience and knowledge to bear as an honorary professor at the HBKsaar in Saarbrücken.

‘Beautiful and functional and worth its price’ is how Typostudio SchumacherGebler advertises its publications in the Bibliothek SG series, the latest of which, Haikus by Uwe Claus, concludes the series of produced under the direction of the great protagonist. Each year, a volume was produced for the Bibliothek, each of which included a detailed presentation by SchumacherGebler of the typefaces used. The most important publication for the type scene in recent years was probably the comprehensive volume on F. H. Ernst Schneidler. At the time of his death he was working on a facsimile page of the Gutenberg Bible.

His legacy will live on in Dresden and far beyond. The AEPM is one of the many groups of experts of which Eckehart SchumacherGebler was a member and who honour his memory.